** NOTE: To anyone who lands on this blog entry that does not agree with creative grooming, I suggest that you move on and not even bother looking at this post. This creative competition is a one day competition that lasts for a few hours. The dogs are given a break during the grooming so that they do not have to stand on a grooming table for the entire time. The rules are strict and the colors used are pet safe. These dogs are very much loved by their owners (the groomers). They live like any other well loved dog. They run, they play, and they sleep most of the day away. AND they do not care if their hair is a different color. They DO love the attention they get from being colored.

Usually when I post creative grooming pictures I post before and after shots with some shots of the groomers as they groom.
I thought that I would change it up a little this year.
As a groomer who competed in creative a few times, I like to see the dogs close up.
So, I thought that I would post up close pictures of some of the grooming as it was happening.
I tried to get closer pictures of sections of the dog as they were being worked on an after they were finished.

Many of the groomers do not turn their dogs while they groom.
They like to keep the side that they think will make the most impact as a surprise for the end of the competition, because of this I was not able to get close up pictures of everything.
Some of the pictures are also cropped and zoomed in to get a close up look which causes some of the pictures to be a little blurry. 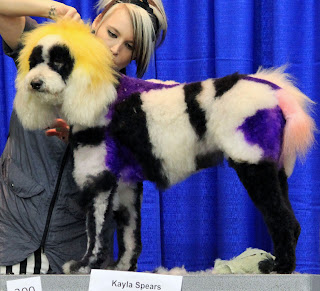 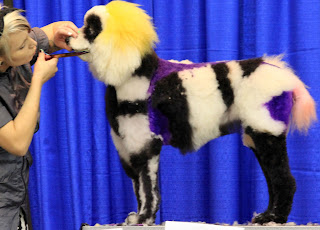 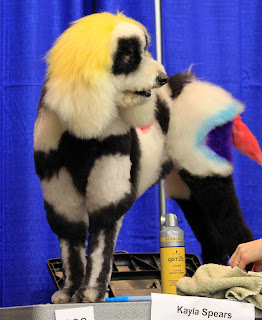 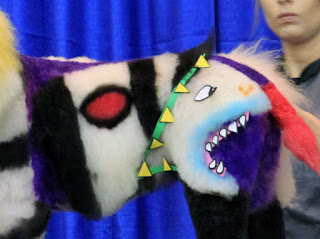 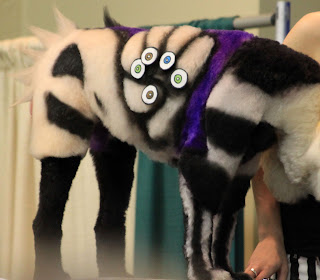 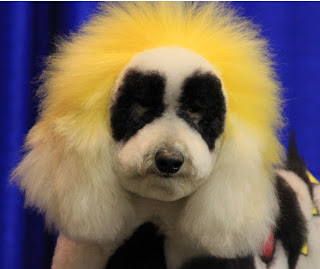 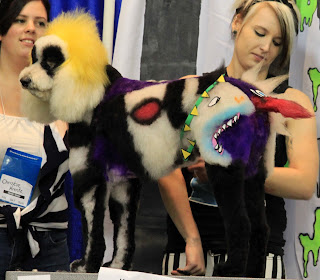 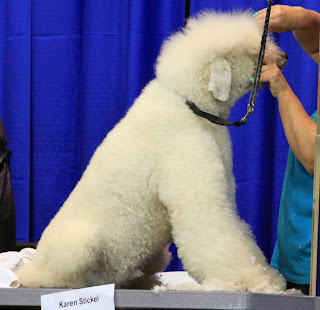 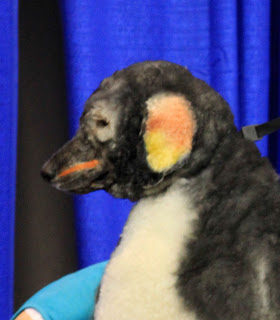 This groomer came in with an all white dog and then used a spray on color to color him to look like a penguin. 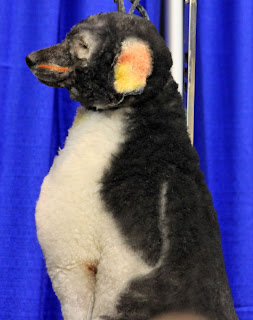 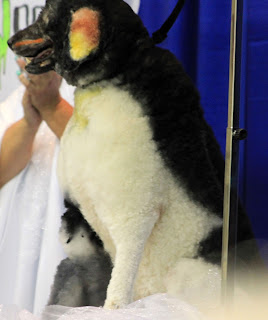 Do you see the baby penguin? 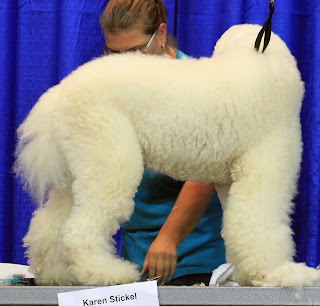 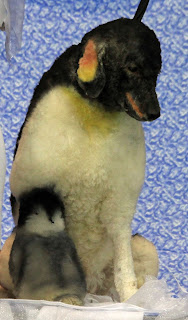 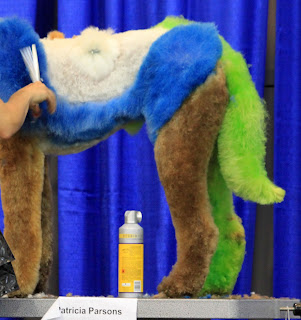 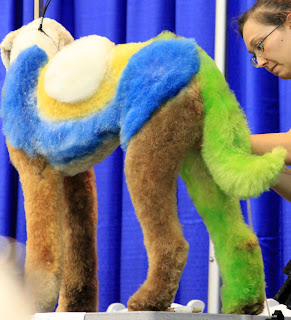 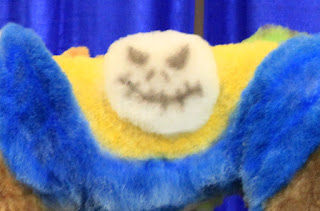 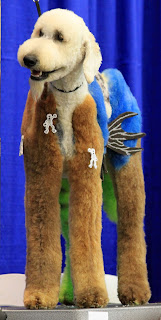 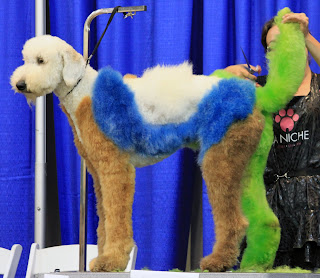 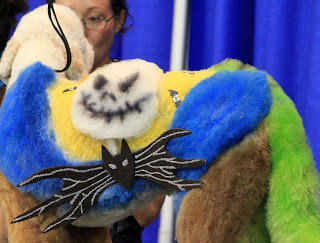 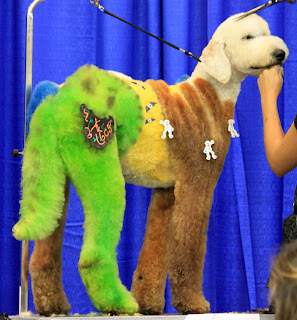